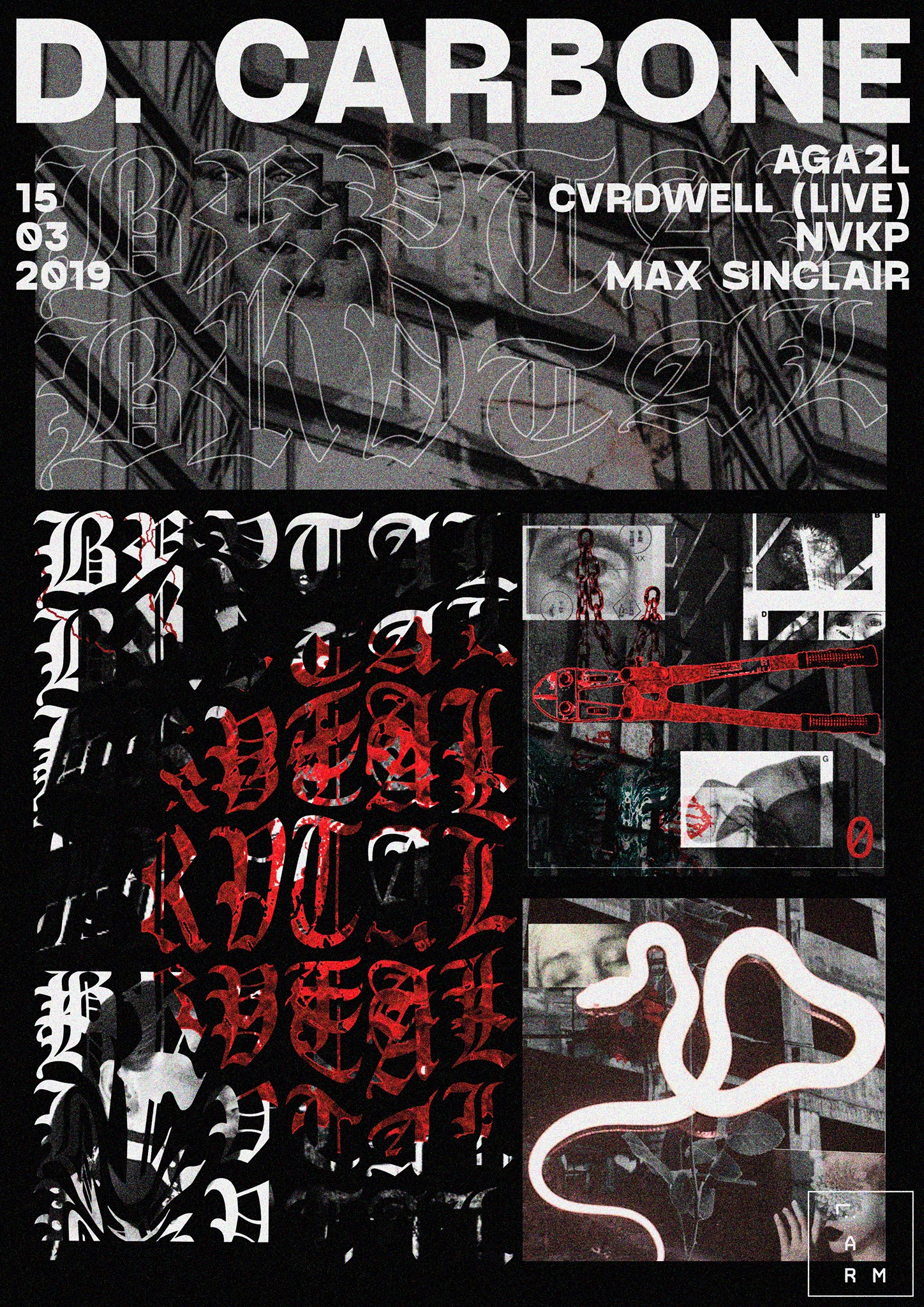 INFO
Series of Brvtal 2019 starts in March at LÄRM, and we are so happy that our next guest, D Carbone is not only a real BRVTAL performer, but also more than a real techno scene hero.

Those who are familiar with his works, know that he was born in the Vesuvian area, but now this Berlin-based Italian artist is not just a producer or DJ, but he is a passionate warrior in the music industry as well, who developed several aliases and collaborations, still working abreast with a musical collective, developing a strong circle of labels.

D. Carbone's sound can be described like Bold Industrial Techno, Hard and fast with Acid nuances. He did only release music on his own labels (like Carbone Records, or those that he co-owns with others, like Repitch Recordings, Cosmo Rhythmatic, 3TH Records), but he has released music on Innersurface music, Ophism, Mord, Black Sun, Arboretum, Haunter records, just to mention a few.

We would only highlight one project from his collaborations with the Mancunians duo - AnD - with whom he released earlier under the name AD//DC on the English Label - Brothers - and the new - D.A.S. D.A.

Now, he is coming with a DJ set, that contains his own sound, which he is mixing with classic techno, acid and rave anthems.

The night local highlight is CVRDWELL and like our main guest D Carbone he is also a really scene warrior, because he is also not just a DJ or producer, he gave a lot the local techno scene as a part of budapestian Vault. This talented guy is not a rookie, he started his DJ career in 2000, but over the last 20 years he was adventurous among different genres next to his main style, Techno. Under this CVRDWELL moniker his debut LIVE ACT was on the legendary Christmas ACID Party in last December. That set was a starched, techno oriented, sometimes deep and atmospheric with acid. But for this time he prepares with a real BRVTAL set that we cannot wait!

Of course there will be the residental beard commando with their brvtal adjutant NVKP, who will fight after the foreign legionary. AGA2L gets the last strike of the night and MXS will trigger the conflict with his warm up.