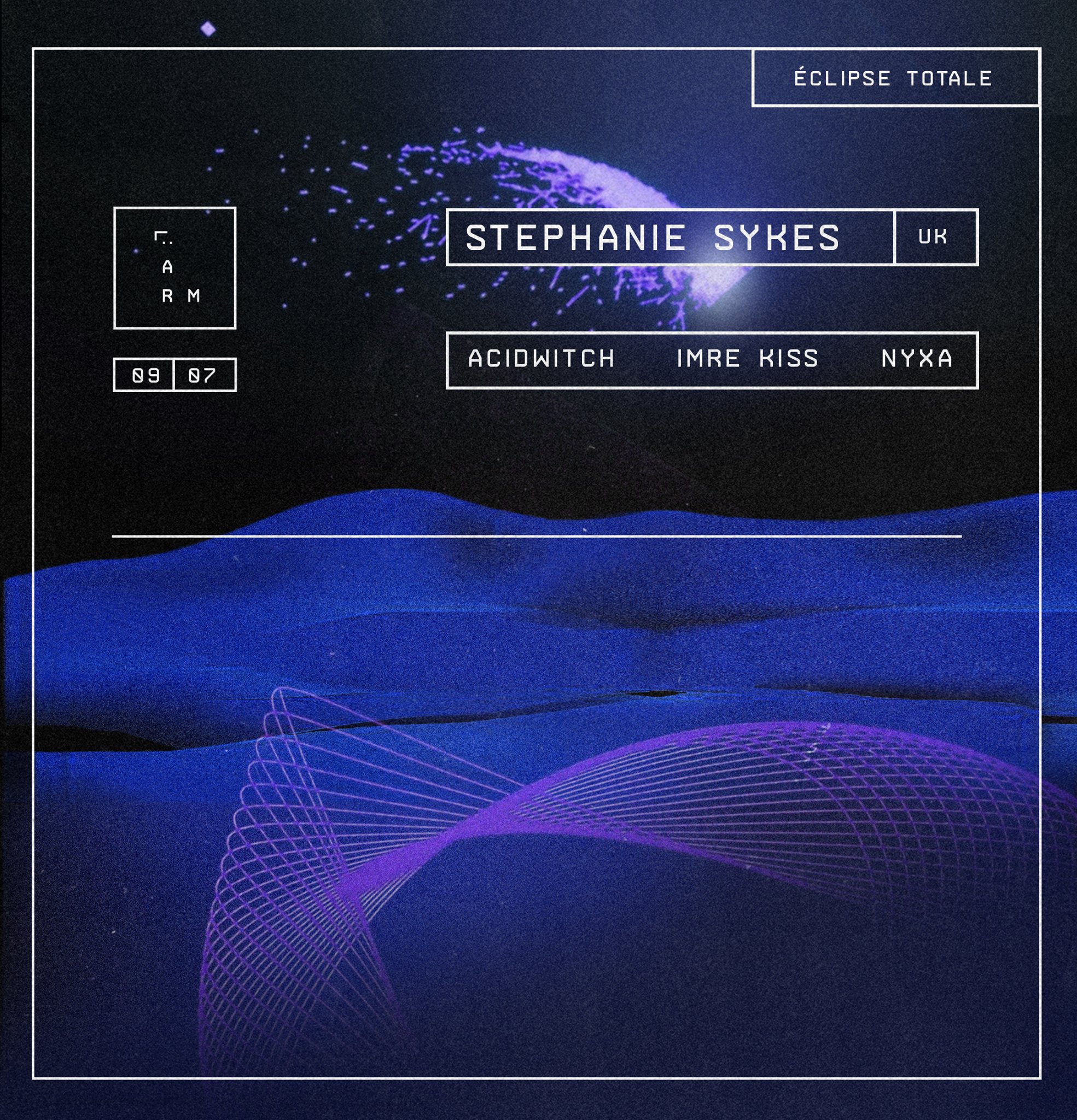 Blessed with a natural penchant for experimental and diverse soundscapes, Stephanie Sykes has been one of the most exciting artists to bubble to the surface in the techno scene. Developing her highly unique musical voice, Sykes is unrestricted by previous norms and boundaries. After being introduced to Dasha Rush, it was only a handful of demo tracks later that Sykes signed on as an artist to Rush’s revered Fullpanda Records. Ever since, Stephanie has enriched the electronic music world with exceptional releases on 47 , SNTS Records and many more, just as her most recent EP on Animal Farm. From there, her growth has been consistent, with invitations to the Berghain and Tresor, as well as her own residency at Corsica Studios in London and KHIDI in Tbilisi. We are delighted to add LÄRM to this remarkable list.

Imre Kiss is a familiar face of the Hungarian scene with a vibrant recent past — sets at Boiler Room and Dommune （ドミューン） as well as numerous releases on labels like Mörk, This Is Our Time and his own new imprint, Crisis.

NYXA has been actively working in the Budapest techno community for quite some time now, yet it is not even one year ago that she stepped on stage herself. The German-born is returning from Berlin and teaming up with Yinna, putting her inspiration into a brand new project: